Battlegrounds Mobile India (BGMI) Hack Mod Apk 2021: Crafton has released the early access version (beta) of Battlegrounds Mobile India, and players have already downloaded the game as it reportedly crossed five million downloads. is. The developers have set strict anti-cheat policies and have issued certain rules to deal with the threat of fraud.

Can use Hacks or Mods APK in Battlegrounds Mobile India? 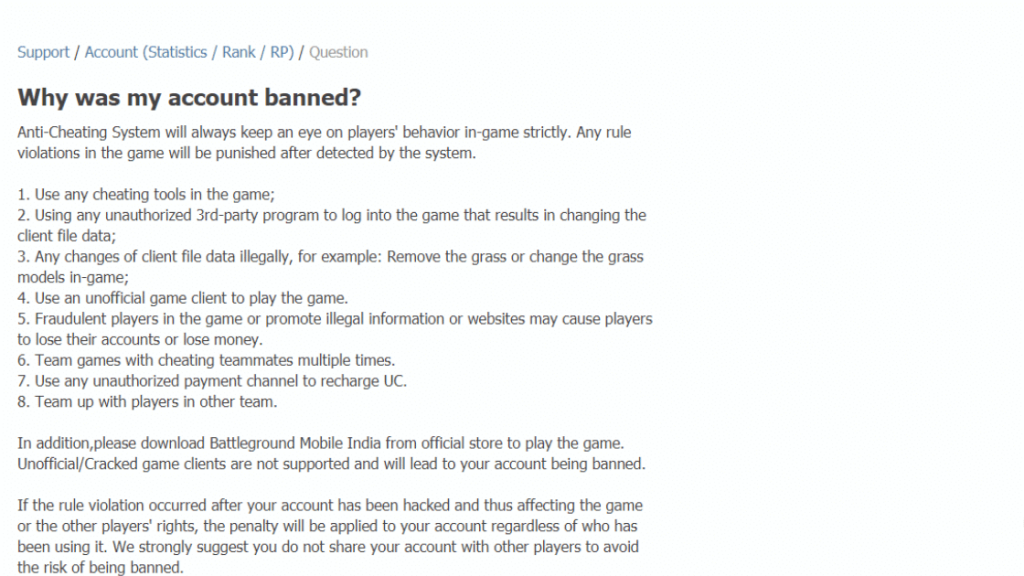 The official website mentions that using, developing, advertising, trading or distributing unauthorized applications or hardware tools will result in a permanent ban. In addition to the use of modified game clients, servers and game data will also cause restrictions.

Therefore, using third-party software like cheats, hacks, mods, scripts and even GFX tools to modify and manipulate the game falls under this category. Once a user is caught, they will be punished suitably and will lead to an account ban.

This means that if the account is found to be fraudulent, it will be banned regardless of the person operating the account at the time of the offence.

Players are advised not to share their accounts or their details with others. In addition, the rules of conduct state that using another user’s account may also result in a permanent ban.

How to Transfer PUBG Mobile Game Data to